January 22, 2021
Billionaire Elon Musk tweeted that he would provide $ 100 million for the best successful innovation project on technology to capture carbon gas in the atmosphere. 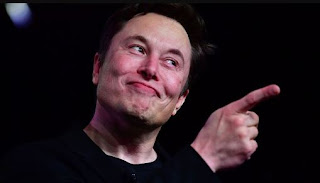 who is Elon musk?

Elon Mask Seo for Tesla electric car company and SpaceX company, which recently sent satellites to space to distribute the Internet around the world,
and it is also reported that SpaceX sent the first satellite-loaded rocket to put it in space and return to Earth.
Also, last month, Elon Musk became the first rich man in the world, surpassing Jeff Bezos, the owner of the Amazon company.

what is carbon capture?

It is a concept that aims to capture CO2 emissions from the smoke of factories, various vehicles, food, and many other heavy and light industries.
Pollution caused by human action is very large, such as deforestation, destruction of purely natural resources and neglect of them such as oceans and lakes and throwing industrial waste, all of which have led to global warming.
It is expected that global warming will lead to climatic disasters, reduce water and food sources, and lead to a rise in sea levels.
That is why, in order to correct our fabricated mistakes towards nature, we seek to reduce carbon dioxide emissions. Technology to this day can be considered to have made remarkable progress, but not enough.

There are several technologies for carbon capture, but they need support and investment to produce positive results, and this is what Elon Musk hinted at by offering $ 100 million for the best technology on carbon dioxide emissions.
Striving and working to develop and find advanced and modern technologies for carbon capture will work to heal nature and modify the climate, and to abide by the Paris Agreement, which is an international treaty to combat climate change.
After Donald Trump, the former president withdrew the United States of America from the Paris Agreement in 2017,
here is today Joe Biden, the new president of the United States, signing an executive order that restores the United States to stand side by side with countries to combat the dangers of climate change.