new privacy tool from apple: gives the choices to the users to control their privacy, and more

January 28, 2021
After waiting for a large number of users of iPhone phones or any product for Apple, they have announced their application, app tracking transparency. 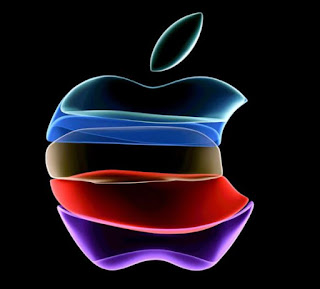 This tool from Apple that we have long awaited allows you when using applications or browsing sites whether you will allow them to track and monitor your data or not.
This feature will come with springtime for iOS 14, ipados14, and tvos14 releases, it determines for applications whether the user will allow them to track his data or reject any commercial purposes whatsoever, and for this,
the applications must comply with the users' request and respect their decisions if they reject that. Their rights are guaranteed by Apple.
To understand and explain the meaning of collecting user information, it is that the applications or websites that track your activities across the virtual world create a file for you and your interests and exploit them for commercial or advertising purposes such as selling a specific product,
or they sell it to companies and other destinations for unknown purposes, in Apple's latest report on user privacy.
There are applications and websites that collect more than 700 million data about users from all over the world and give them permission to enter more than 5,000 features such as camera, location, contacts, and a lot more.
According to Apple's report, the apps have permissions at least to use 6 tools to track user activities, so various social media platforms and advertising companies use them to target you.
ream more: Netflix turns video games tomb raider and skull island into anime series: splinter cell, assassin's creed, and more
You, as a user, for example, if you searched for a specific product, game, or anything, you will encounter that you entered a social networking site with millions of ads about the same thing that you were looking for. Is this a coincidence?
Of course not, as we said previously, they have a personal file attached to all your interests, and that is why Apple seeks to protect users with tools that enable you to control that.
Apple, through its upcoming releases and new tools, will give you the freedom to allow or deny information to collect your private information.
Whereas if you as a user refused to allow the application to track your data, this will not allow application developers to exploit it for advertising purposes,
and if they refuse to comply, their applications will be removed from the app store.

Last June, the giant company Cupertino offered the App Tracking Transparency tool to launch on iOS 14 devices last October, but Apple decided to take its time to allow developers to add new features and develop the tool for the benefit of users.
The CEO of Apple Tim Cook has received some responses from digital rights organizations, Amnesty International and Human Rights Watch,
expressing great hope for their inability to use this feature in the last US elections 2020 to prevent political advertisements.

App Tracking Transparency won great admiration from experts and those interested in privacy, as Jeff Chester,
The Director of the Center for Digital Democracy said: that users will have control and freedom to preserve their data and privacy.
Now, the developers on the App Store have to update the work order of their applications to comply with the terms of protection and privacy imposed by Apple.
Facebook is opposed to the new privacy imposed by Apple because it threatens its advertising policies, and Facebook says it will threaten the work of small companies and lead to bankruptcy, but Apple insists that users' privacy is a red line.
This will affect small businesses and increase Apple's profits, which he describes as working for its own benefit, says Mark, the director of Facebook.
Apple intends to continue developing and creating applications and tools to reduce the irrational exploitation of user data, and this is to enable users to know what information and detailed data are gathered while browsing their sites and applications so that Apple becomes the leader in companies to protect users' privacy.
more to like to read :