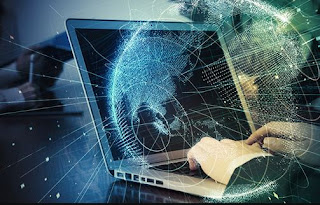 During the past months, US government agencies and cybersecurity have witnessed several organized piracy attacks, as the president of Microsoft says they are the largest, most sophisticated, and organized attacks the world has seen to this day, and this attack is likely to have been organized by large numbers of developers.

The first to disclose the attack in December were the two security companies Microsoft and Fireeye, and they say that the attack affected more than 18,000 organizations due to malicious programs planted inside the sunburst program, or what is called Solorigate, which is the Orion network management programs for Solarwinds.

According to Smith told CBS News in the 60 Minutes program: This attack should be classified as the largest complex attack the world has seen, and he mentioned that Microsoft also penetrated as a result of an update to the Orion program, and Microsoft has commissioned 500 engineers to investigate, but it seems that the team organizing the attack has the largest number of engineers twice What Microsoft owns

Smith says, as a result of our analysis of the attack that occurred to Microsoft, we found that the number of engineers organizing the attack surely exceeds more than 1000.
Among the US agencies that have confirmed their exposure to this organized attack are the US treasury département, cybersecurity and infrastructure agency (CISA), the département of homeland security (DHS), US département of state, and US département of energy (DOE).
Smith says the alarm should be raised because these attacks will affect the economy

Orion updates are not the only method that attackers used to penetrate networks, as it stated that hackers also gained access to cloud applications, and according to the Wall Street Journal, which published an authoritative report, about 30 percent of the organizations that were hacked had no direct relationship with SolarWinds.

To read more about the topic, you can go to the ZDNet website
read more :